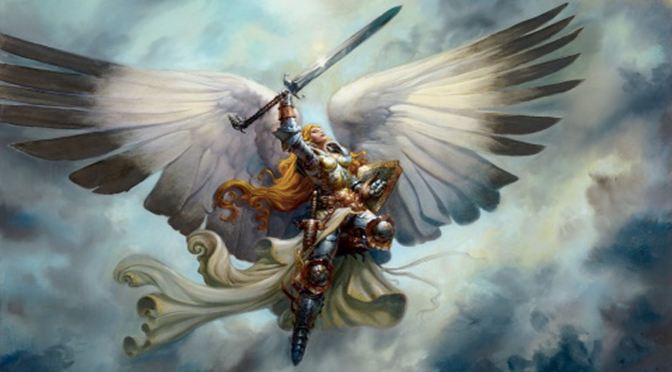 Thank you for Sharing and Subscribing

Transmitted through Ronna/Sacred Scribe * As transmitter of this article I, Ronna, claim the universal copyright in the name of Archangel Michael.  Posting on websites is permitted as long as the information is not altered, excerpted or added to, and credit of authorship and my Email and website address is included. It may be published in journals, magazines or public print with permission from : RonnaStar@earthlink.net

Beloved Ones: As you learn to tap into the cosmic records in the higher realms, you are beginning to broaden your awareness of your cosmic lineage. The process of reunification is well under way, and therefore, many faithful Servers of the Light are now striving to reclaim the many facets of their Divinity. A part of our mission is to help you remember your Divine heritage, and to also help you understand the unprecedented process humanity is in the midst of at this time. Many of you, the StarSeed and Wayshowers, came into this lifetime with the vibrational frequencies of the Rays (within your Diamond Core God Cell) more active than those still functioning within the Third- / lower Fourth-Dimensional realms. Therefore, you have experienced more “bursts of God-conscious awareness” over the recent past years. If you will compare notes about your earlier experiences with others on the Path, you will find that you have had many similar experiences throughout your lifetime. You are now aware that many of the miracles, inspired thoughts and benefic coincidences are not common for the average person who still exists and functions within the distorted realms of the mass consciousness belief structure.

What you are now undergoing, brave hearts, is the transition of the final stages of the Fourth-Dimensional Realm. What is occurring at this time for many of you who are on the “fast track of the Ascension process,” is that you are in the midst of integrating the remaining Facets of your Higher Self within the Fourth Dimension. This activates many memories and feelings, like a kaleidoscope of experiences from your ancient past within the higher realms. Over the past several years, we have been relaying to you the critical process you must go through in order to arrive at your programmed destination, the first sub-plane of the Fifth Dimension. As you integrate the more refined Fragments of your Higher Self, you will gain access to the Cosmic records of your past, along with the wisdom necessary to traverse the final levels of the Fourth-Dimensional material planes. You are beginning to get a glimpse of how truly magnificent you are in the higher realms. You are also slowly magnetizing into your auric field the refined frequencies of the Five Higher Galactic Rays, which contain the Divine Blueprint for the Aquarian Age. In addition, you are gradually beginning to integrate your own new Divine Blueprint, via the Kundalini Memory Seed Atom, which has been stored within your Root Chakra throughout your many human lifetimes.

We have stressed this fact many times over, “your present lifetime is one of the most important lives you will ever experience since assuming the physical vessel.” You chose the date of your birth because the particular astrological configurations and energies they contained and projected, energies and qualities that focused on the strengths and talents you were to experience. Also emphasized were the negative thought forms /energies, those which were the most imbalanced within your four lower bodily systems: physical, emotional, mental and etheric, the lower frequency thought forms which were keeping you imprisoned within the shadowlands of illusion and limitation. You chose your parents, your family and those you would interact with during this lifetime for the same reason, those who would project or mirror to you the positive attributes you needed to integrate, and also many negative traits you need to overcome. All of the dear Souls in your life are a part of the great drama you have chosen to experience in this lifetime, each one agreed to play a role which would, hopefully, be mutually beneficial. Ask yourself what positive traits your parents, your family, your mate and children have projected to you, then think about the negative traits they have displayed; therein are the lessons you set up for yourself to experience, and hopefully, to benefit from at a Soul level. Have you learned your lessons well? Are you displaying more of the positive traits or more of the negative traits that others mirror to you? Consider the tests and challenges as an opportunity to, once and for all, transmute all of the imbalances which are keeping you from stepping through the gateway into your new Fifth-Dimensional reality.

You and your family members chose to come together as a family unit because you knew it would give you the greatest opportunity to balance your mental and emotional natures. We sense that the most important lesson for many of you is to know that you are worthy of love and respect, and that it is time to begin to take back your power. The people in your life will not respect you until you learn to set boundaries and to meet your own needs before you try to assist them. You are not responsible for anyone’s Soul growth but your own. As you learn to set boundaries and take back your power, you will find your relationship with those around you will gradually begin to change for the better. Also, you cannot take on anyone’s lessons or the responsibility for their mistakes. They must learn the rules of cause and effect for themselves. The greatest gift you can give others is to love them enough to allow them to work through their own problems and mistakes. My brave ones, you are here to teach love, unconditional love, by first loving yourself unconditionally. There are many of your Soul mates incarnated on Earth at this time, both male and female. More Soul families are being reunited as you move deeper into the more refined realms of Light. The best way to help those in your family, your friends or work associates is to be a shining example.

You are also here to learn detachment, that you cannot truly own anyone or anything. The beauty, abundance and bounty of the Universe are your Divine birthright, but these gifts are on loan to you. You must hold them lightly in your hands, and allow them to flow freely out into the world, take what you need, and then share the remainder, do not hoard. When humanity comes to this reality, all poverty and scarcity will disappear from the Earth. The primary emphasis at this time is on returning to wholeness within yourself, in taking personal responsibility for your actions, building self-esteem, and developing a sense of worthiness, via your Solar Heart Center in cooperation with your Soul Self and Higher Self. Truth and integrity will be the foundation of any relationship of the future. First, you must accept who you are at the present time, as you strive to become the very best person you can possibly be, through self-examination of your attitudes, beliefs, habits and your weaknesses.

In the near future the Wayshowers and Vanguard Souls, those who are bringing forth the higher wisdom of the new Divine Blueprint, will prove that dis-eases of any kind do not have to manifest as the body ages. The human physical vessel was meant to function at optimum health for at least 120 years. Humanity-at-large is caught up in the mass consciousness belief system of the Third/Fourth Dimensions, whereby the core issues from the past, and the imperfections within the ancestral DNA allow these stressful, debilitating symptoms to manifest, if the entity allows itself to feel unloved, unworthy, or feels guilt, shame or resentments of any form. As the Soul is allowed to become the guide and director of the physical personality, instead of the ego-desire body consciousness, all of the negative energies, which are a result of deep core memories from the ancient past, will rise to the surface so that each person can release them once and for all. This will be through the conscious use of the Violet Transmuting Flame, and by heeding the inspired thought forms gleaned from your Sacred Mind, and your cosmic guides, as well as the many higher-frequency healing modalities now available to you. As you move deeper into Self-awareness and begin to listen to the wisdom of the physical body, your Body Memory Seed Atom, you will no longer depend so much on external methods (drugs, surgery and artificial means of healing). The drastic physical imbalances and ill-health the majority of human beings is now experiencing will gradually be replaced with healthy, harmonious living practices, which will be guided by the new spiritual, intuitive wisdom that you have stored within your Sacred Mind. No longer can humanity rely only on the current practices of the medical profession. Your Soul is nudging you to integrate a more holistic approach to healing the physical, mental, emotional bodies so that the higher frequencies of the OverSoul can be integrated without so much trauma and distress to the physical vessel.

As we have stated many times, Light, Sound and Color are the healing modalities of the future. A study of the Chakra system, and of the frequencies of the five higher Galactic Rays will assist healers and counselors in how to inform their patients as to what is out of balance within their auric field, and how to assist them to gradually return to and maintain a healthy physical body. Our teachings give you all the guidelines you will need to integrate these “additional methods of healing” into your current health regimen. You also have a wondrous storehouse of information available to you within your Sacred Mind. As your radiance expands and grows more powerful and far-reaching, you, along with other Light Workers, will become a unified force that will not be denied, a force for transformation and change of the highest order. Be bold in your vision. See what is right in your world, thereby reinforcing the Love/Light that dwells within each and every person you meet. Do not focus on the shadows, for your thought patterns will always connect with and reinforce the Dimensional frequencies on which you focus your attention.

Your only true enemy is fear. Release the fear and radiate Love/Light, and then watch as the miracles unfold. You are a master of manifestation, you have just forgotten. Believe in yourself and cease creating those things that bring you pain, guilt and suffering. Become a cocreator of the Light, peace, balance and harmony once more, and join with those who are striving to recapture the pristine beauty of planet Earth. Reclaim your rightful place as a Master of Light, dear ones, and remember, as you integrate the knowledge of Spirit and illumined truth, we ask you to go forth and share your wisdom. We are ever near to guide, protect and inspire you, but mostly to love you.

I AM Archangel Michael.

Thank you for Sharing and Subscribing 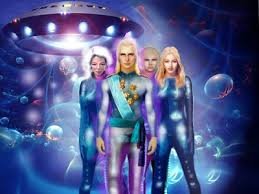 Welcome to the Galactic Federation of Light Messages Page. I hope these videos help you as much as they did me on my spiritual journey. Namaste and safe travels on your spiritual journey. I’ve listed the videos starting with the most recent but all of them contain wonderful insights to our true self.

To view ALL the videos please visit: AwakeningOurTruth

Hello and Welcome, We are Jamie and Shannon and together we are on this journey. His awakening has become a mirror in our lives, moving us forward and reflecting in ways we could never imagine.